World Record for an Omega Speedmaster 2915-1 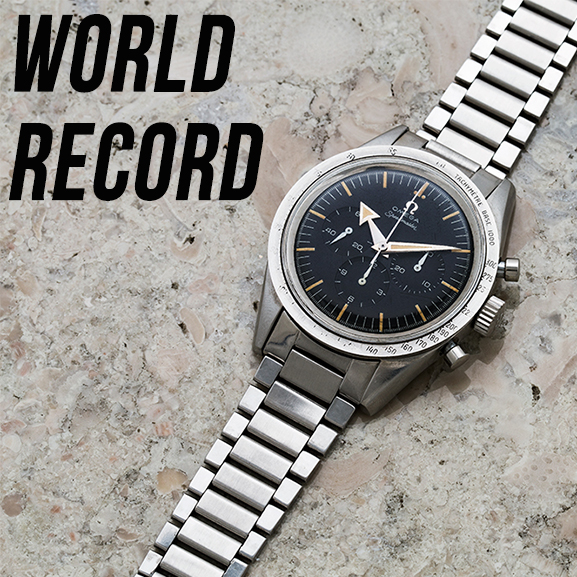 World Record for an Omega Speedmaster 2915-1

It is a remarkable sale that shows that Bukowskis Important Timepieces auction reaches an international audience and has an offer that attracts buyers and sellers at the absolute top tier, says Louise Arén, CEO of Bukowskis

The enormously awaited watch was made on the 6th of June 1958 and was handed in to Bukowskis after the owners son, unknowing of its worth, had found the watch in a box in the attic.

To have the opportunity to follow this watch up close, from when and how it was found to it being sold today at the staggering price of 2 266 250 SEK feels amazing. It really dosen’t get any better than this, absolute world class! says Nina Westerlund, Head specialist watches.

A watch of this caliber is among the worlds most sought after collector items within the watch world and it is an indescribable feeling to beat the world record. It is going to be some time before we see another watch of this quality in Sweden and Bukowskis is proud to have had such success with the sale, says Carl Palmegren Associate Specialist watches.