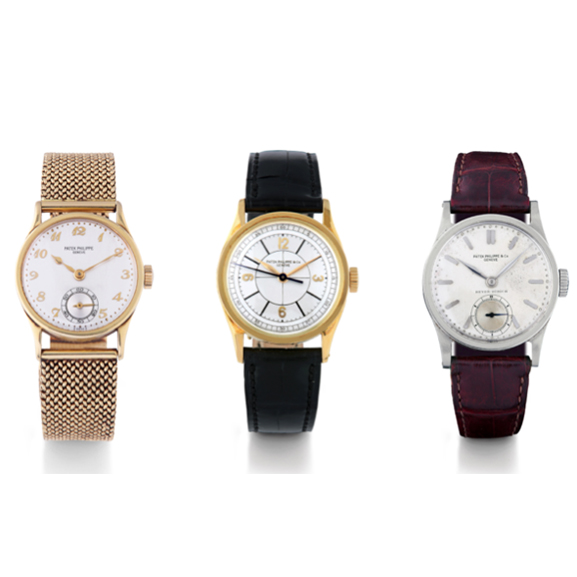 Geneva – On November 12, 2017, Antiquorum will return to its thematic sales, which largely contributed to its strong reputation. Building on its illustrious history starting in 1974, the Geneva based auction house will thus celebrate, the anniversary of the outstanding Patek Philippe Calatrava in a special sale.

«We are particularly enthusiastic about this sale, as it is a true symbol for our auction house and the great successes of the past with thematic sales. Returning to this format of sales has been a matter of heart to me ever since I accepted the role as CEO of Antiquroum in April this year. This kind of sale gives auctions a historical context and enriches them with a cultural dimension of almost educational value. To start this new era of thematic sales with the iconic Calatrava from Patek Philippe is even more exciting, since this watch has become a myth in watchmaking.»
Says Romain Réa, CEO of Antiquorum

Beyond the general appeal that the Calatrava has sparked all over the world, Antiquroum  wishes to celebrate three anniversaries in the history of this unique watch, by means of this unprecedented sale. The year 2017 in fact is the 130th anniversary of filing the trademark featuring the cross by Calatrava as symbol (1887). At the same time it is the 85th anniversary since the launch of wristwatches with case reference no. 96, commonly referred to as Calatrava (1932). Finally it is the 35th anniversary since the first appearance of the name Calatrava in the product catalogues of Patek Philippe (1982). Thus three additional good reasons, if any would have been needed at all, to dedicate a special sale to this mystic model from watch manufacturer Patek Philippe.

Accordingly the sale will be an occasion to recapitulate the history of this iconic model, a true symbol for Patek Philippe, since there is a direct link between the Calatrava and the logo chosen by the watch manufacturer.

From the Calatrava logo…
The latter in fact has been borrowed from the Calatrava order, one of the oldest Iberian orders formerly engaged alongside Catholic kings in the Reconquista of the Taifas. (Kingdoms of the moors) Is it the devout character of the founder of the manufacturer, Antoine-Norbert de Patek, who justifies this choice? There is no clear evidence therefore. Nevertheless it is fact that on April 27 the Patek Philippe manufacture adopted the cross of the Calatrava order as a trademark, a symbol that has now adorned numerous watchcases since the 1870s.

… to the Calatrava watch
In 1932 Patek Philippe commercialised the first wristwatches with case reference 96, with clean lines, round shape, handles called tortoise and bezel at right angle. It is precisely this model and all of its variations that since the 1980s were referred to by market players as Calatrava. Following this movement, in 1982 the name Calatrava even appears on the product catalogues of the manufacturer. Soon the round shaped watches were all called Calatrava, while the others of various shapes are distinguished under the name Gondolo, in memory of a former Brazilian retailer of the brand. The Calatrava quickly became a real myth for the world of watchmaking.

The November 12 sale will therefore return to an emblem of elegance and fineness that has over time not only become the quintessence of the round wristwatch but also an essential to any watch collection.