Passed on from one generation to the next since the Maison was founded, Chopard’s identity has been forged over time, and with the contribution of every member of the family who oversee it. Nowadays, it is this unique Family Spirit that differentiates Chopard in the world of High Jewelry and High Watchmaking.

Chopard’s Independence allows it to support crafts with a glorious past that are a source of great pride today. An audacity that has led Chopard to pave the way for a new vision of Ethical luxury.

Louis-Ulysse Chopard (1836-1915), the son of a farmer from Sonvilier, he quickly conquered Switzerland and the world at the age of 24. The artisan watchmaker created works of art with innovative designs, which early on helped him export to such illustrious places as the court of Tsar Nicholas II of Russia. Qualities like precision and reliability were very sought-after characteristics in watches, dating all the way back to the 19th century. With unique chronometers and pocket watches, Louis-Ulysse Chopard aimed to fulfill and exceed these “desires”.

Thanks to its superb timekeepers, Chopard forged itself a reputation for reliable and high quality Swiss-made watches. From the start, Chopard won two very prestigious commissions, becoming the official provider of watches for «Tir Fédéral» and the Swiss Railway Company.

Tsar Nicholas II of Russia was one of his clients. He also struck business with a number of Scandinavian retailers who self-branded his timepieces. Chopard watches thus penetrated the international market.

In Sonvilier, as throughout the Swiss Jura region, local farmers would complement their meager winter income by assembling watches according to a well established custom that saw watchmaking production tasks being allocated to small independent and specialized units. The components would then be collected -in the case of Chopard by the master watchmaker himself- to then be assembled and fine tuned into the finished product.

Paul-Louis Chopard (1859-1940), Louis-Ulysse’s son, took over the company reins in 1915 and opened a branch in the nearby industrial town of La-Chaux-de-Fonds that would later become the company seat. A few years later, in 1937, he relocated the company to Geneva, the international watchmaking and business center.

Paul-André Chopard (1898-1968), son of Paul-Louis, took over from his father in 1943. The after-war period proved challenging and the company, which by then only had five employees, was on the decline. In the 1960s, Paul-André started considering selling his company as none of his sons were keen to follow after him.

At the same time in Pforzheim, Germany, Karl-Scheufele III, goldsmith and watchmaker, son and grandson of entrepreneurs, was seeking to develop ESZEHA, the jewelry and watch company he owned. Reliant on suppliers for his watch movements, he considered acquiring a Swiss manufacturer. With this goal in mind, he published an advertisement in the newspapers and went to Geneva to meet potential leads. On the last day of his trip he contacted the last name on his list and met Paul-André Chopard. Karl Scheufele knew from that instant that they were meant to get along; thirty minutes later, the deal was sealed.

In 1957, the young Karl married Karin Ruf. Her father, Fritz Ruf, was a dynamic entrepreneur and proved a key supporter of the young couple’s success. Acquiring a manufacturer offered the goldsmiths of Pforzheim the opportunity to join the closed circle of major Swiss watchmakers. Thanks to his commercial acumen and passion for travel inherited from his father and grandfather, Karl Scheufele III would go on to lift Chopard out of its lethargy and build an empire.

Contemporary, streamlined, assertive, the new sport-chic Alpine Eagle timepiece collection is inspired by the Alps and the imperious strength of the majestic eagle.

Launched in 1993, the Happy Sport model is the first watch to combine diamonds with a stainless steel case. It remains until today one of the most iconic models and most desirable in the industry.

Since 1976, Chopard has established a strong recognition and identity by revolutionising the watch industry with the Happy Diamonds line. For the first time, moving diamonds could be appreciated between 2 crystal sapphire glasses on the face of the watch.

L.U.C men’s watches epitomize the highest standard of Swiss watchmaking. The steps involved in making L.U.C watches are all performed at the Maison’s Geneva and Fleurier workshops. These exceptional timepieces stemming from meticulous workmanship meet the aspirations of the contemporary gentleman.

L’Heure du Diamant unveils two pillars of Chopard’s savoir-faire; watchmaking and gem-setting in one unique collection. An exceptional prong-setting paying tribute to the most precious stone in the world, the Diamond.

Eminently feminine, the IMPERIALE collection dazzles with the richness and delicacy of its details. It pays tribute to modern-day empresses whose noble, majestic beauty is rivalled only by their conquering spirit. A tribute to modern achievers. 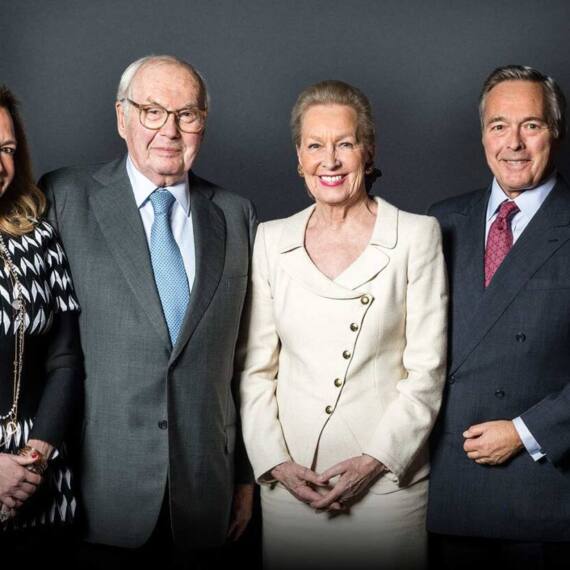 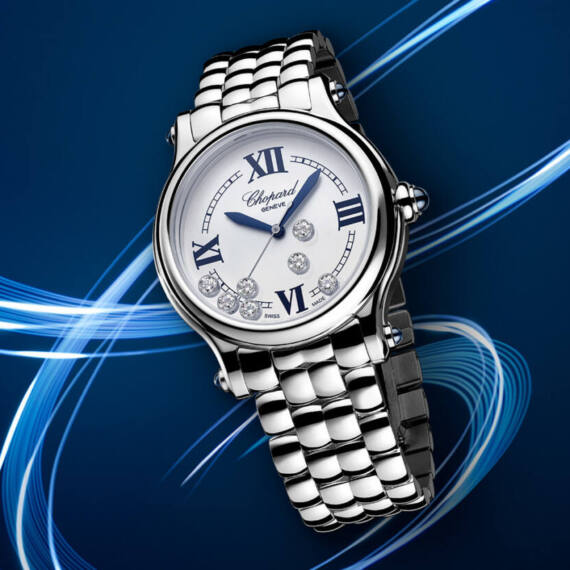 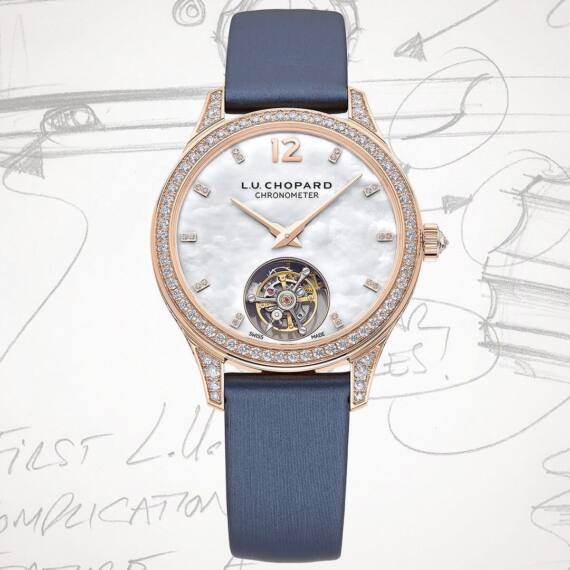 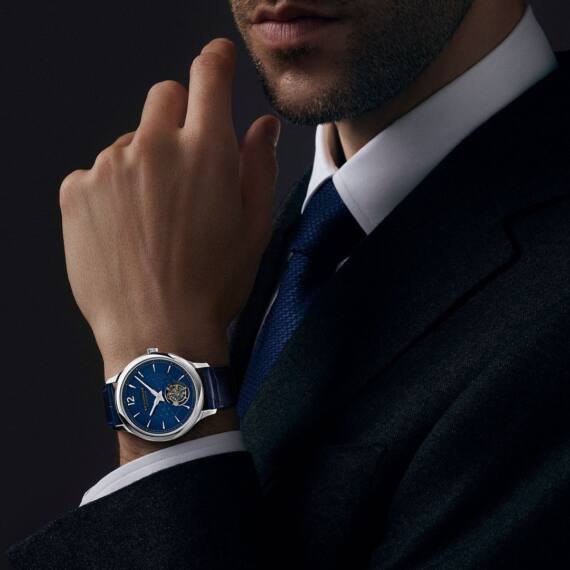 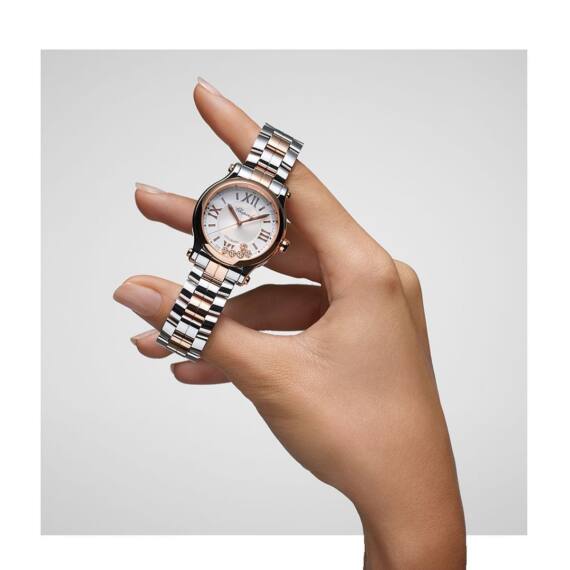 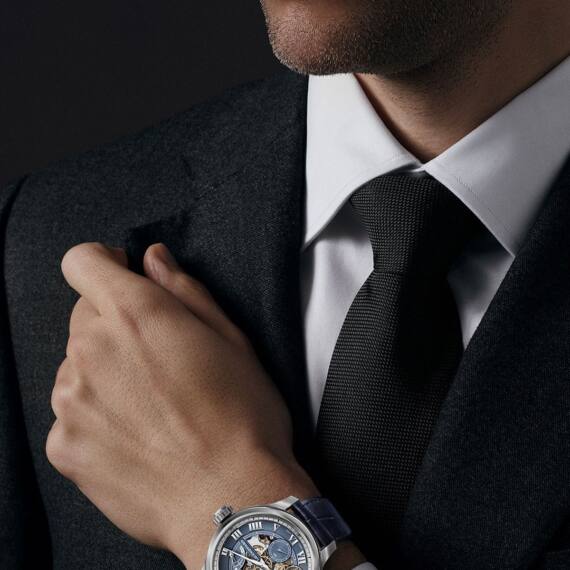 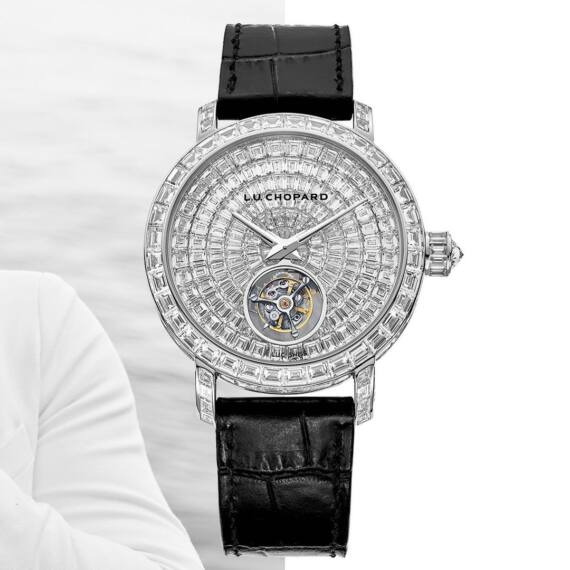