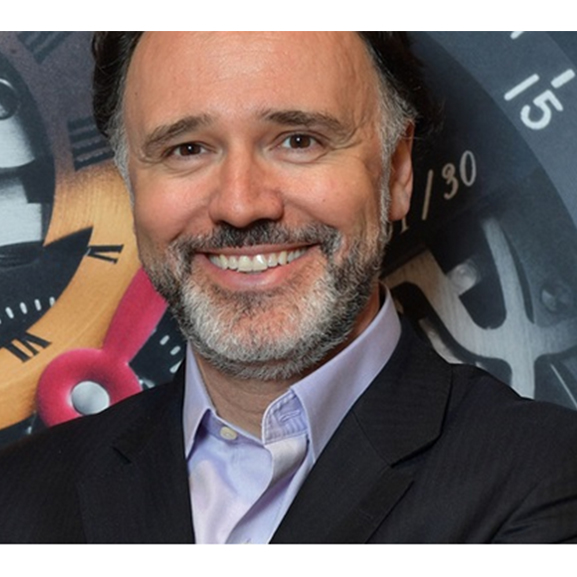 Oliver Ebstein, CEO and owner of Chronoswiss,  on the idiosyncratic design of the regulator dial.

The regulator dial is the Chro­noswiss trademark. What makes these watches unmistakable?

Oliver Ebstein: Chronoswiss introduced this distinctive look over 30 years ago and made the regulator popular for the wrist for the first time. A regulator dial shows hours and minutes separately: minutes from the dial’s centre, hours on a separate off-centre subdial. This special look is very typical for Chronoswiss. We offer the regulator dial in many different versions, in classic styling and in avant-garde design. We can incorporate all of the traditional handicrafts that are practiced in our ateliers. Regulators comprise circa 70 percent of all the watches we sell today. As of just a few years ago, we wouldn’t have predicted such a strong popularity.

Does the theme offer variations?

OE: The model originally had a very classic appearance, even though the idea was progressive. In the meantime, the design has undergone a decisive evolution. Our dials with a 3D effect are distinctively our own. The displays are raised atop pillars, which is very complicated to fabricate. This modern look goes hand in hand with real craftsmanship: traditional watchmaking, enamel and guilloche. But these time-honoured crafts look fresh and modern in this contemporary context. I am sure that our watches are timeless and that people will continue to enjoy them in the future.

What is the most important new time­piece?

OE: That would definitely be the Chronoswiss Grand Regulator ReSet with retrograde seconds. The retrograde display generates plenty of motion on the hand-guilloched dial. This model also offers a view of its movement from the front. We offer it in several different variations and colours from classic to avant-garde. The most unusual one is a model with a glossy blue DLC-coated case. It really looks quite unconventional.

Chronoswiss was founded in the middle of the quartz crisis, 1983, when only visionary pioneers believed in the survival of mechanical watches. Entrepreneurial spirit and ingenious inventions such as the transparent case back, the unique Chronoswiss design and the Regulator wristwatch lead to immediate success. After decades of the Regulator being the most successful model, the still independent watchmaker goes back to its origins and reinvents the Regulator watch for the 21st century.