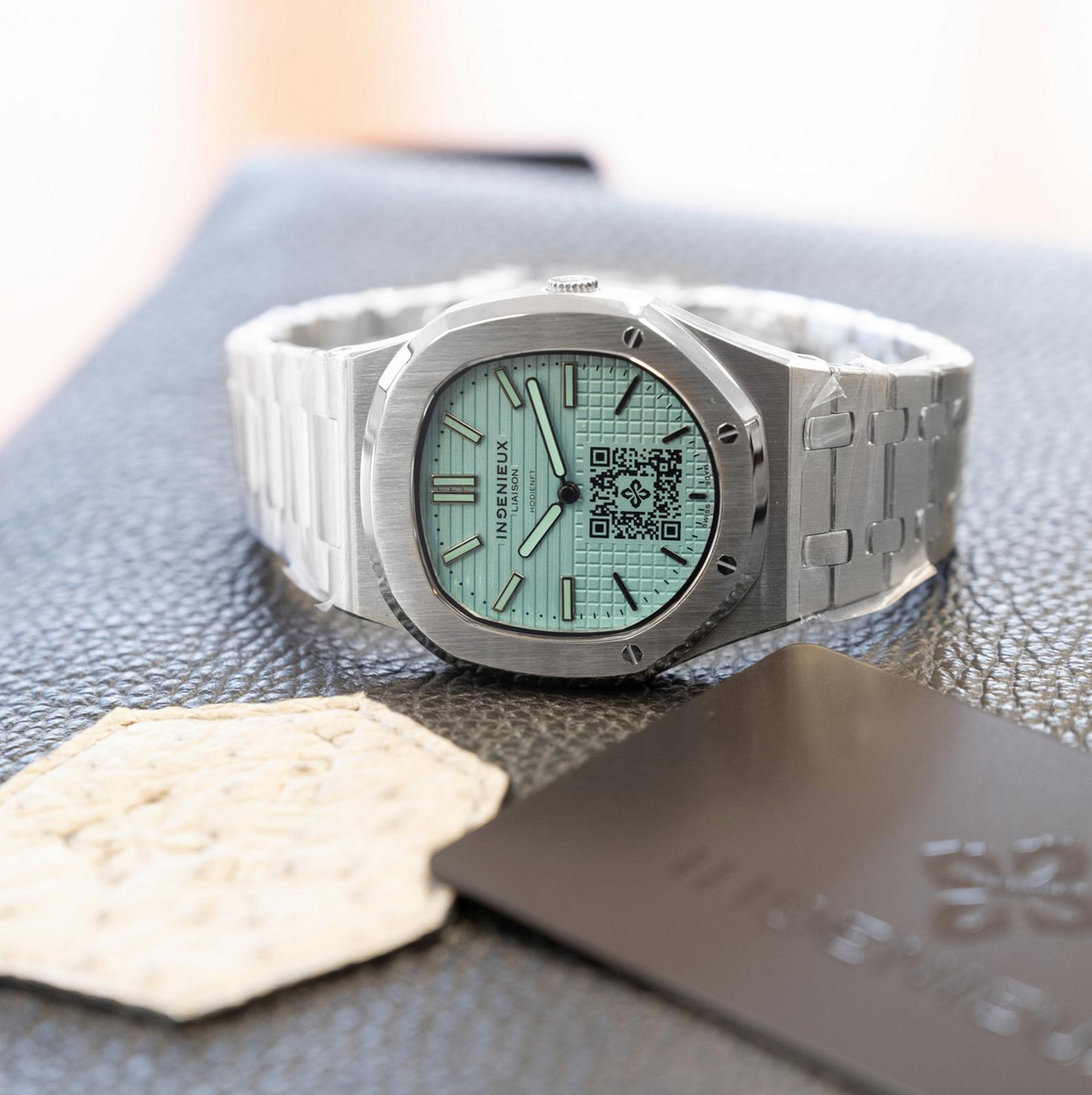 The collection of 99 watches    Ingenieux Liaison    lands on the    marketplace Hodie    combining luxury with technology    blockchain, the piece    0/99    up for auction at Geneva on November 6th.

October 27, 2022 – The collaboration between    marketplace Hodie NFT    and    Ingenieux    is represented in the first series of    Phygital “Liaison”, a total of 99 luxury watches which portray the merger of    Blockchain    and    haute horlogerie    and, a further rarity, the introduction at auction in Geneva on November 6 of the piece 0/99.

The collection is conceived as a tribute to two watchmaking icons, Patek Philippe Nautilus    and    Audemars Pigeut Royal Oak. Half of the case and of the dial    Guillochet    refers to the designs of    Gerald Genta    in a unique but at the same time modern and traditional wristwatch, characterized by the Pantone 1837 C “Turquoise” tone and the strength of stainless steel.

The entrepreneur    Marco Mavilla, founder of the brand, and the    designer Andrea Tamburini, collaborators since 2007 for the renowned brand    ToyWatch. Their experience in the world of watchmaking has led to the opening of over    700    stores on a global scale with great success, thanks to the unmistakable and colorful trendy watches. Through    Ingenieux    their complementary skills, develop the idea of ​​innovation for luxury watches, approaching    Web 3.0    and    Blockchain    in an unprecedented enterprise in the sector. Ingenieux defines itself as a point of contact between beauty, craftsmanship precision, and sophisticated technology towards the realization of the future of haute horlogerie. 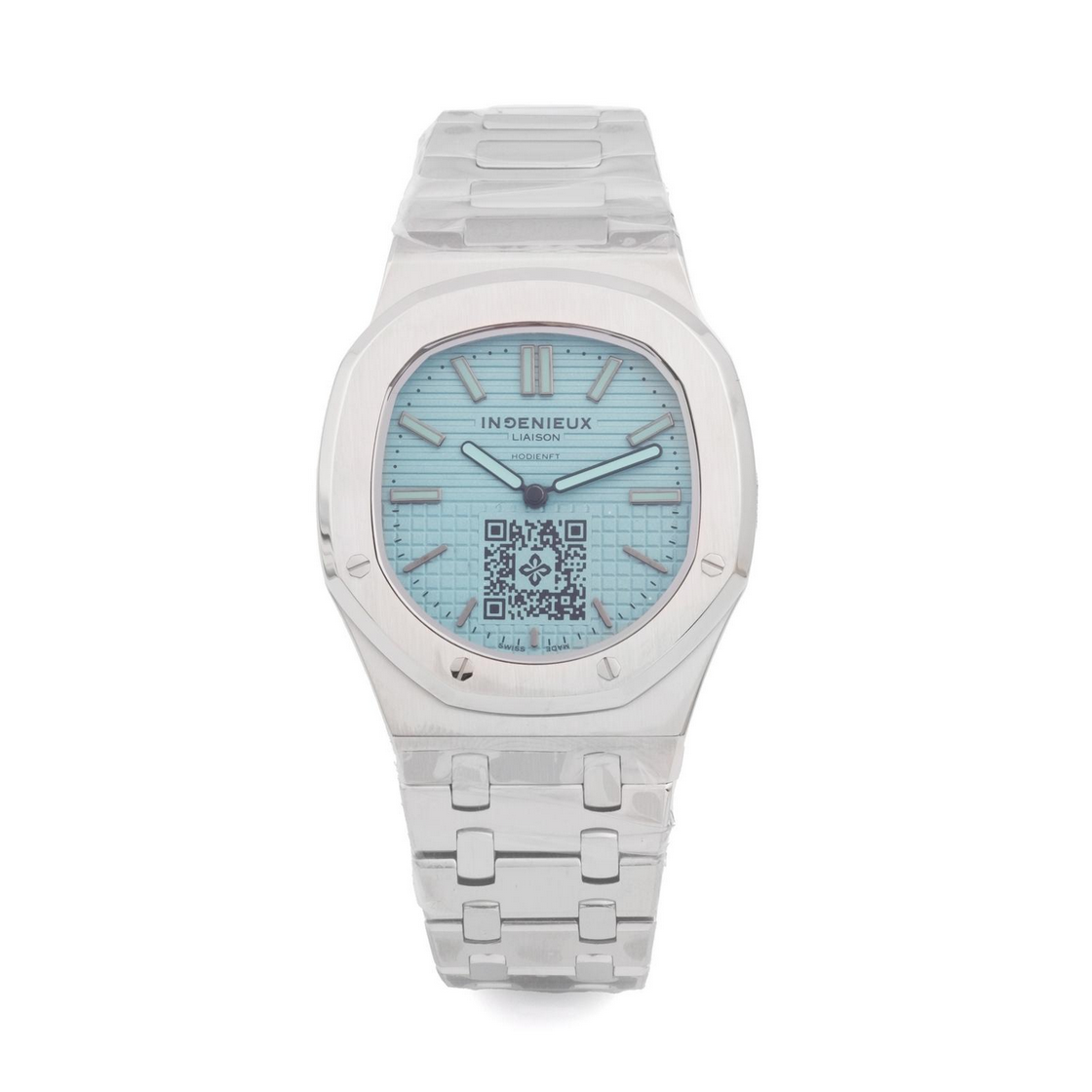 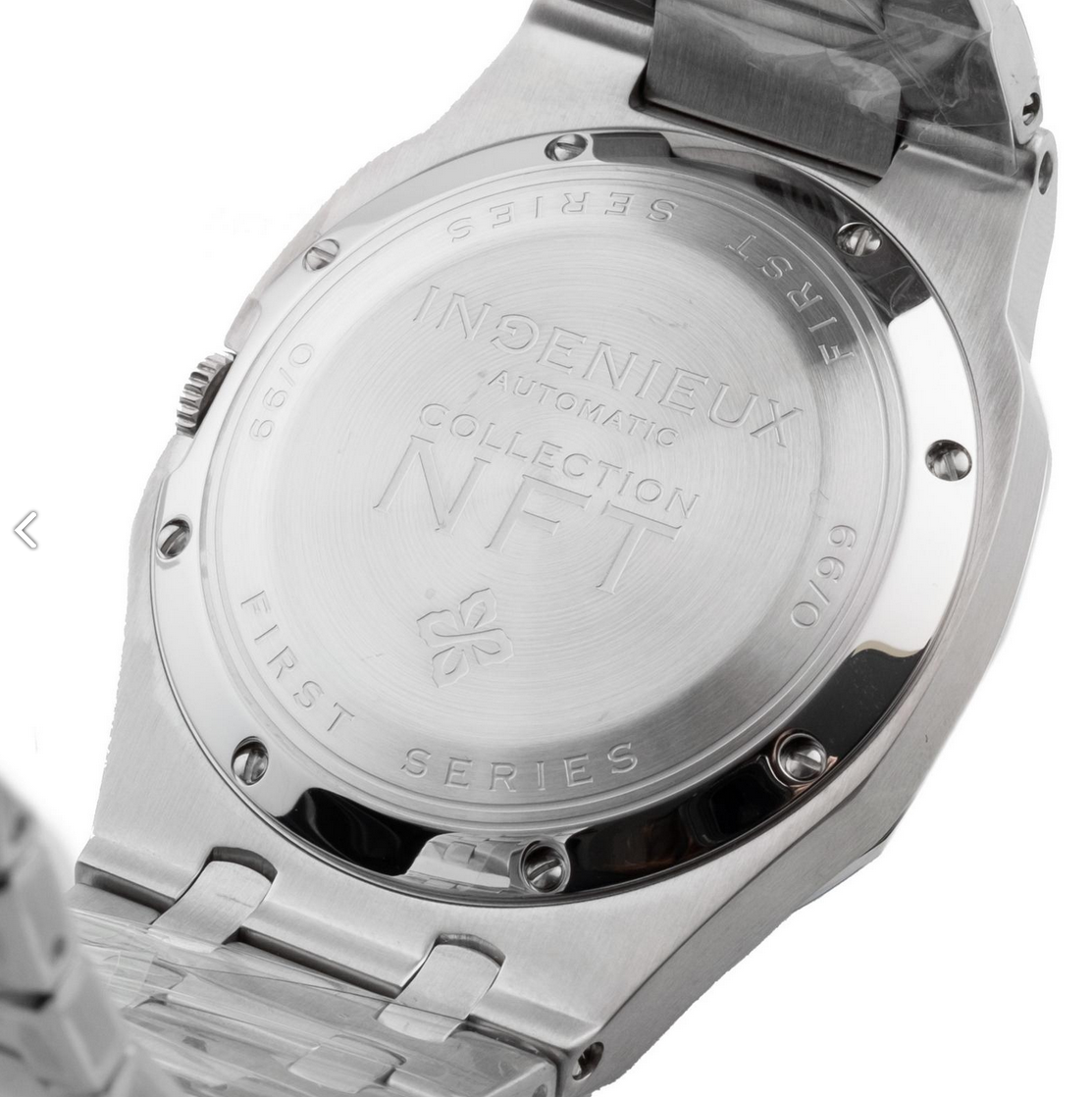 The first watch of the “Liaison” series, the rarest piece, the 0/99, will be sold at an auction organized by    Antiquorum    in Geneva on November 6, 2022. It will include the NFT, a unique token represented by a digital artwork that embodies the grace and uniqueness of    Ingenieux Liaison 0/99, a    NFT    that represents the value of an iconic watch, which will never set, created by the designer    Andrea Tamburini    and a means of certification on the    Bitcoin Liquid sidechain    of    Blockstream.

The rest of the collection arrives on the Hodie marketplace and at the Ingenieux boutique in the heart of the Milanese fashion district with the name Ingenieux “Liaison” HodieNFT.

Firstly, the    Phygital    Experience begins with the choice of personalized packaging for your watch    Ingenieux “Liaison”, this happens if you schedule a private appointment at the Milanese boutique. The experience continues, thanks to the    NFT   , with the possibility of accessing exclusive invitations for fine watchmaking auctions and for one Ingenieux event a year. Finally, those who come into possession of the    NFT    will access the purchase priority on the following editions.

Ingenieux “Liaison” NFT 0/99  will be auctioned by  Antiquorum and will be available on the Hodie marketplace starting from November 7.

For more information, you can visit the HYPERLINK Ingenieux collections on the Hodie marketplace, the page dedicated to HYPERLINK Liaison 0/99, and the HYPERLINK portal of Antiquorum in Geneva.