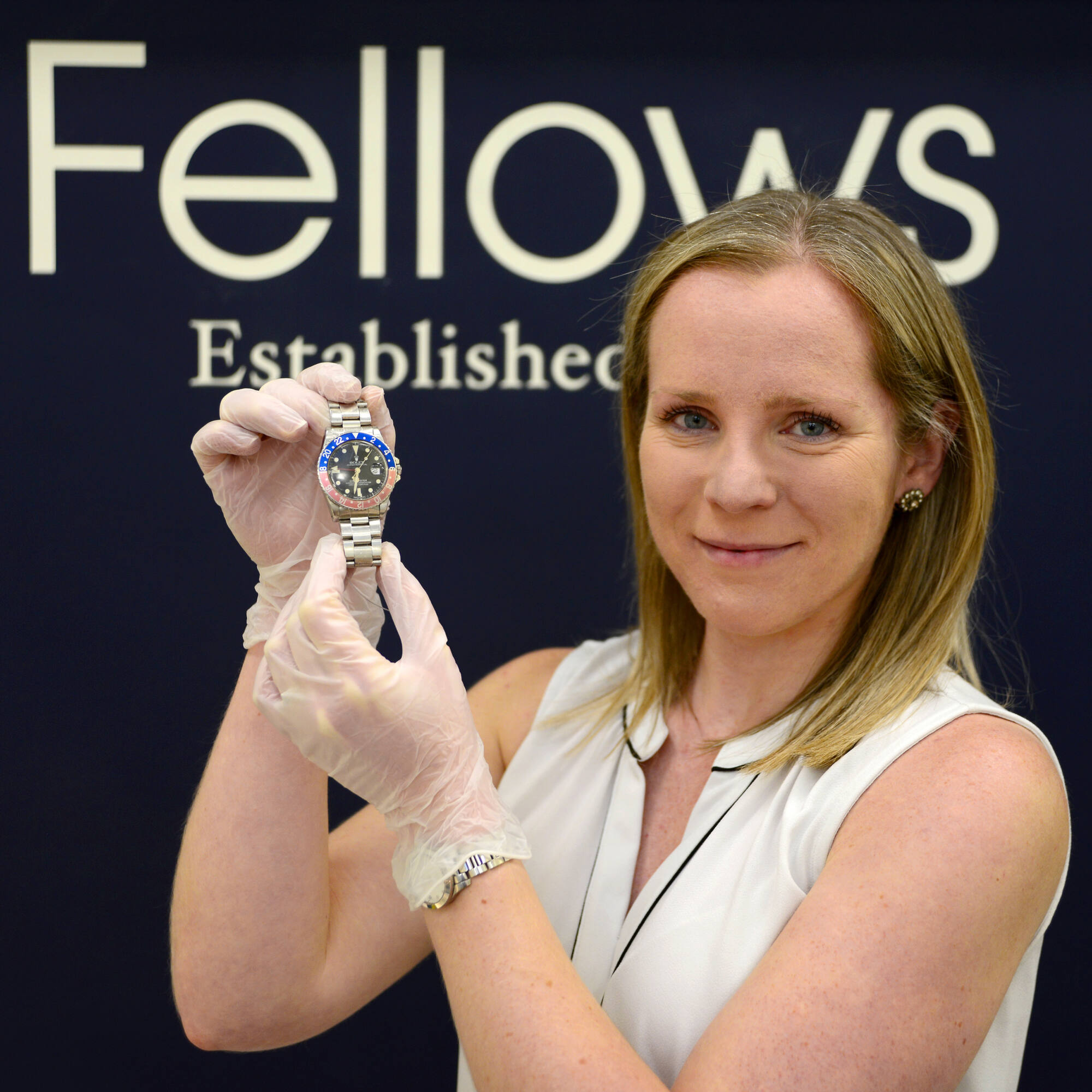 A Rolex awarded to a medal-winning sports shooter at a British Olympic event in 1983 has sold for £9,314.80 at Fellows Auctioneers. Former professional shooter Peter Croft, from Wednesbury, West Midlands, finished third place in the British Olympic Trap Grand Prix, and was honoured with this watch for his bronze prize achievement. Croft, who represented his country nationally for many sports shooting events, sold the Rolex GMT-Master with Fellows. The timepiece achieved a full price of just under £10,000 (including fees) in the auction house’s Luxury Watch Sale, which took place on Monday 26th October.

The gentleman’s stainless steel Oyster Perpetual GMT-Master bracelet watch includes a reference 16750. The timepiece was Lot 124 in the sale. The watch was sold to an internet bidder for a hammer price of £7,300 (£9,314.80 including fees). The lucky bidder has walked away with a piece of sporting history. Peter Croft took part in the 1982 and the 1990 Commonwealth Games, as well as the 1984 Summer Olympics. Croft has also won the Individual Trap European Shotgun Championships, cruising the competition in 1980, and to date is one of only four UK sportsmen to win it.

Rolex sponsored the 1983 British Olympic Trap Grand Prix, where Croft was given this timepiece for finishing third behind shooters Peter Boden and Kevin Borley. According to Shooting Magazine in 1983, he won ‘prizes with £787’, which included this timepiece. The watch sold at approximately 1:45pm on the day, and the beautiful multi-coloured dial helped to ensure that it was one of the highlight items of the auction. 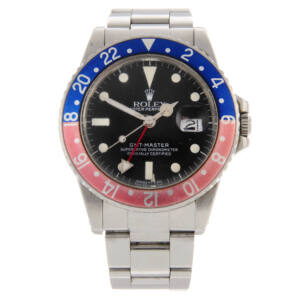 The rarity of this Rolex is conveyed by this particular model of GMT-Master only being produced for eight years, until 1988. The timepiece features a stainless steel case with a calibrated bezel. The watch has a signed automatic calibre 3075 with a quick date set. The recognisable Rolex black dial with luminous hour markers and a date aperture to three stands out. Fitted to a signed stainless steel Oyster bracelet with an Oysterclasp, the watch was also sold with its original box.

Laura Bishop, Watch Manager at Fellows Auctioneers, said: “This fascinating Rolex GMT-Master gained the attention of multiple bidders during our Luxury Watch Sale. The story behind the timepiece is particularly interesting and we are grateful to Peter Croft for selling this watch with us. The winner of this Rolex has won themselves a rare item of sporting history and hopefully we will see many more watches like this come through the door. We are currently accepting consignments for our next watch auction.” 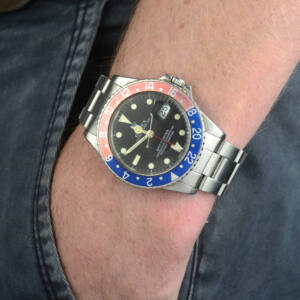 For a full list of upcoming auctions and auction catalogues visit www.fellows.co.uk.