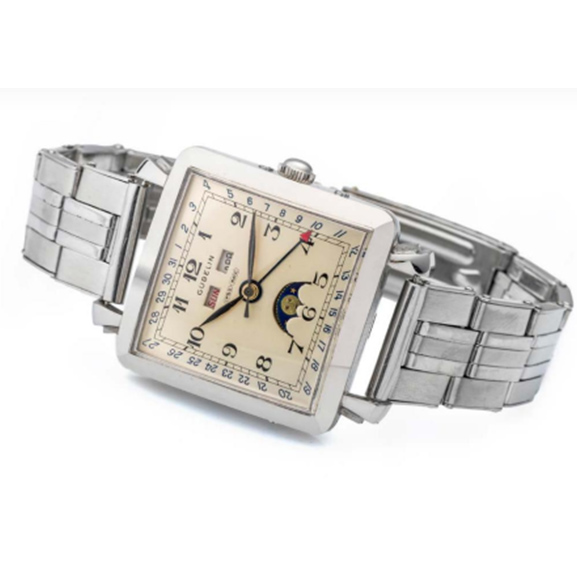 We are very happy to announce you Antiquorum upcoming auction, the auction takes place in Geneva on May 13 at the Grand Hotel Kempinski at 10.00 am. In this article you will find the auction highlights, but now we will leave the floor to Romain Réa – Chief Executive Officer at Antiquorum – to introduce you this great event!

“In a manner consistent with Antiquorum's successful era of thematic sales and in striving to offer a richer and more qualitative selection, we are delighted to announce this exquisite Geneva Spring sale made up of great collections.

We will kick off this session with a superb selection of vintage iconic sport watches such as th Omega Speedmaster with or without crown guards (lot 50), a Jaeger-LeCoultre Memovox Polaris (lot 63) and maybe a Breitling chronograph Super Ocean (lot 27). The first session will come to a close, last but not least, with a superb collection of a dozen of Patek Philippe timepieces (lots 188- 200).
These Patek Philippe references, the most beautiful modern timepieces of the manufacturer's collection, are in mint condition – most still sealed in their original packaging.
We will admire the splendid enamel of reference 5131J, the remarkable astronomic perpetual calendar and minute repeater of the Patek Philippe reference 5074, and the fascinating spectacle of the heavens with Sky Moon reference 5002p.

The sale will carry on with a handsome tribute to Zenith, with the manufacturer's flagship product, the El Primero, a timepiece which will celebrate its 50th year of existance next year. Come and rediscover the mythical El Primero watches with their rare tricolor dials in steel, gold or titanium cases, and the sport models like the S58, Defy or Captain, as well as the historical Art Deco pocket watches and tabe clocks (lots 262 – 325).

To entice our automobile sports fan we will present a beautiful collection of Heuer timepieces – from the Autavia to the Carrera – rendered invaluable by their super black dials (lots 201- 220) followed by an exceptional series of Rolex Daytona diamond-dial Chronographs (lots 378 – 381), as well as several mythical Paul Newman references: 6239, 6241, 6263 (lots 376 – 394). Following their big sisters, two superb Tudor chronographs of the 70's will also be offered for sale (lots 493 and 494).

We believe that this exceptional collection of over 600 lots will meet your expectations and we wish you the best of sales.” 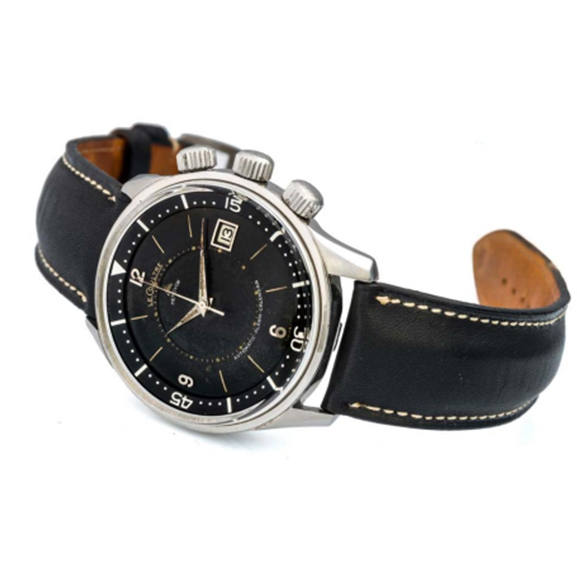 Developed for the American market and designed in a massive 42 mm case, it featured an internal revolving bezel as well as an alarm function and a date. Equipped with Jager caliber K825 that revolutionised the watch world a few years earlier as the world's first automatic alarm watch, the Polaris offered divers reliability and endurance. The first generation was fitted with a dial with applied baton indexes and dauphine hands, while the second generation of 1968-70 had a dial with large luminous indexes. The total production of the Polaris model is believed to be fewer than 1714 units, manufactured between 1965 and 1970. While the second generation is much more common, the first series appear to have been produced in much lower numbers. 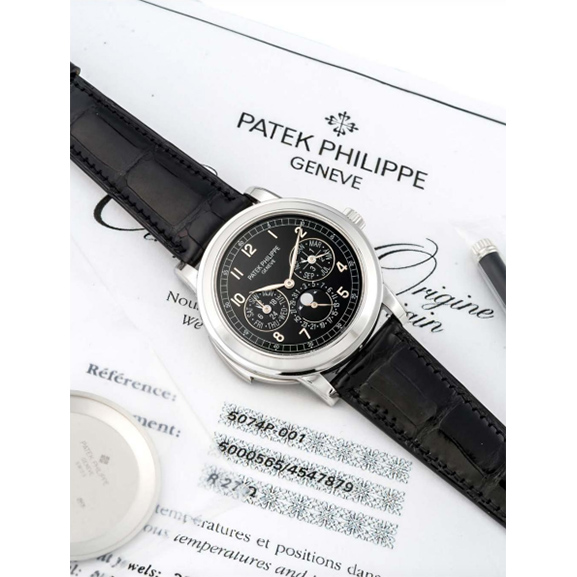 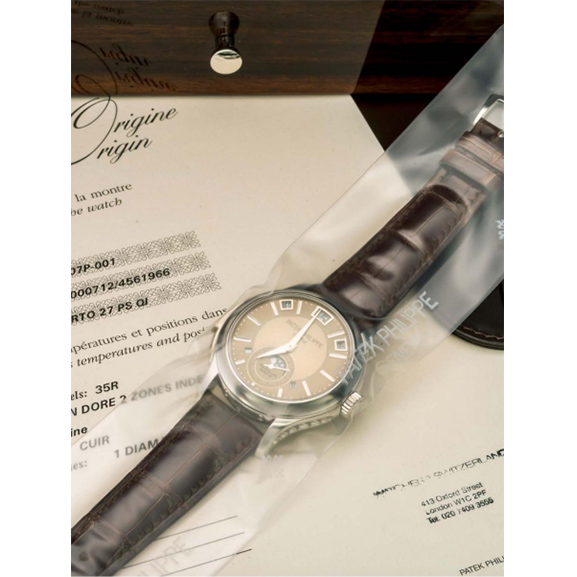 Introduced in Basel in 2008, the Grande Complication is the successor to the well known reference 5016. Featuring an istantaneous perpetual calendar, minute-repeating tourbillon housed in a platinum 41 mm case with hand-engraved flanks and a honey gold dial. Only a few examples of the Grande Complications are made each year and this factory sealed example is awaiting its new owner. Just released in a new white gold version with blue dial in Basel in 2018, this model was sold in 2012. 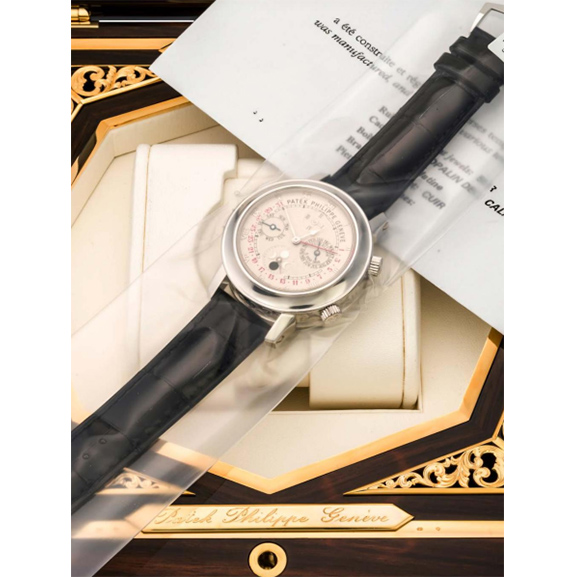 When introduced in 2001, the SkyMoon Tourbillon was a modern masterpiece. The most complicated wristwatch ever produced by the firm at the time, it featured no less than 12 complications shared between two dials. The movement was assembled using 686 components that produced the various complications such as minute-repeater, perpetual calendar, retrograde date, tourbillon, moonphase, sky chart, orbit display and sidereal time, leap year, month, date and flyback.
Made available by application to their best clients, this horological masterpiece was produced from 2001 until 2013 when the updated version reference 6002 was launched that featured a blue enamel dial, a hand egraved white gold case only with small updates like apertures instead of hands for the date displays abd moophase instead of moon age.
In unworn and unopened condition, still factory sealed, this platinum version was delivered in February 2013 and is most likely one of the last watch of SkyMoon produced. 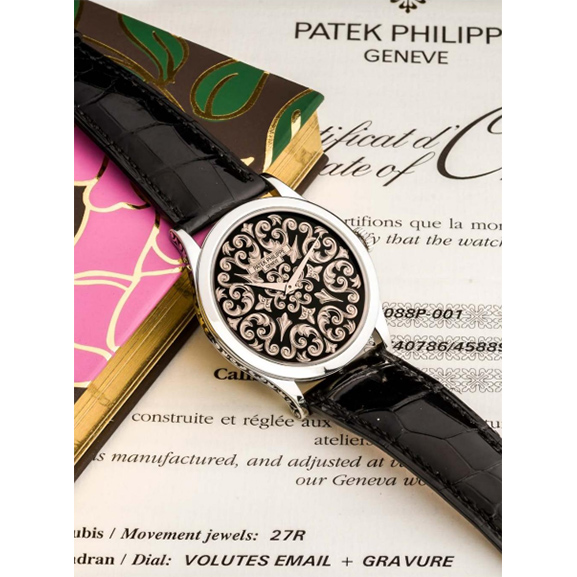 Part of an extremly rare limited edition of handmade pieces, the firearms decoration reference 5088 features a hand engraved case and dial that is surrounded with black champleve enamel, one of the specialities of the firm. Not to be confused with regular production enamel dials, this series was supposed to be made in only ten examples but according to our research it seems that only approximately six were made. 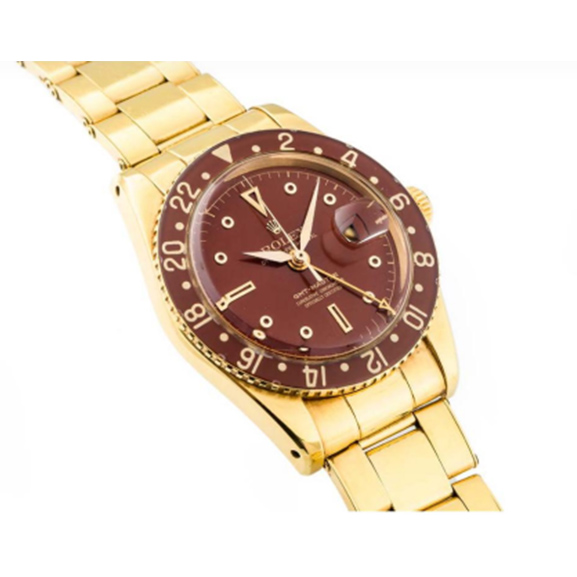 Once in a lifetime we are lucky to find gems such as this one hidden away for over the last 40 years.
On a cold Winter day around 1960, the current owner of the watch was walking along the side of the lake by the Bain des Paquis where he witnessed two distraught parents, who themselves could not swim; shouting for help for their child that had fallen into the lake and was in danger. Being part of the SISL (Societe Internationale du Sauvetage du Leman), that he later presided for many years, he didn't hesitate one second and jumped into the lake. He retrieved the child and handed him over back to his elated parents.
Shorlty after, the parents contacted him and wanted to thank him. To his great surprise, the father took off his almost brand new Rolex 6542 and handed it over to him as a gift. Completely unaware of its value, the owner considered it like a normal elegant dress watch and wore it once a year at the SISL annual meeting. In the 1980's he put the watch away in his drawer and never wore it since.
A little odd in the line-up of sport watches, the gold 6542 GMT has to be considered one of the grails in the GMT-Master line. Made in small quantities and for a few years only, this example ticks all the boxes. Its all important bakelite bezel has been preserved in perfect condition, free from any cracks or restoration, its case shows only very superficial wear with strong lugs still showing its preserved bevel, its rare original riveted elastic bracelet shows little wear, a deep and crisp hallmark under the lug and a still sparkling movement. Furthermore, upon careful examination, one can notice that the watch is lacking its luminous in its indexes and GMT hand. Upon microscopic observation one can clearly see that the luminous was never present as it would have left some burns or marks on the dial, a statement that is further reinforced by the fact that the watch is fitted with non-luminous hands, perhaps as a special request from the buyer at the time. Without a doubt one of the best 6542s ever to have appeared and forever connected to Geneva and its famed Lac Leman. 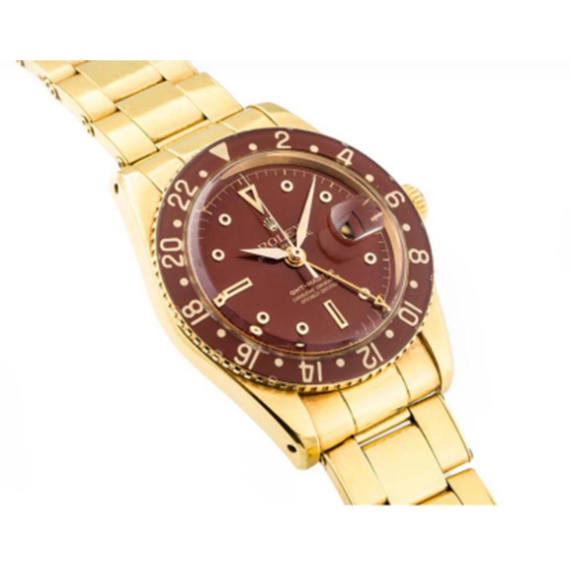 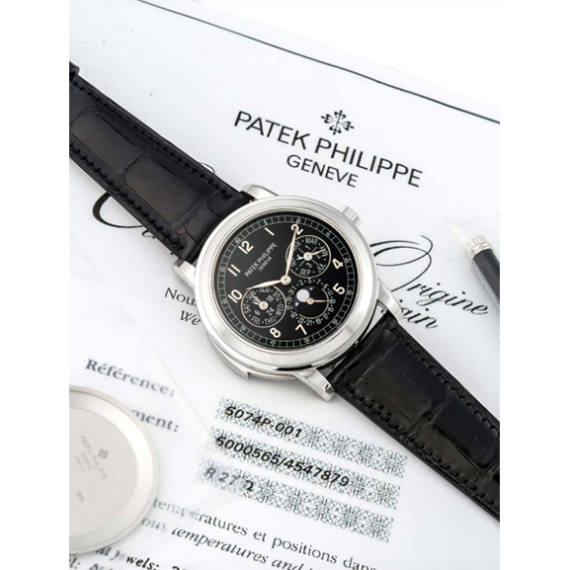 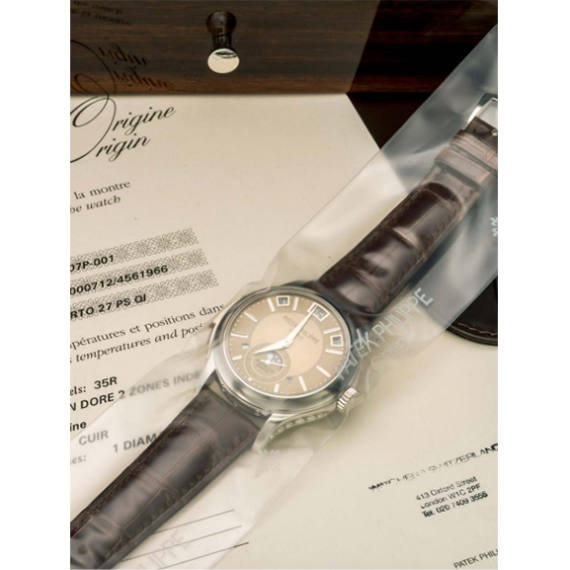 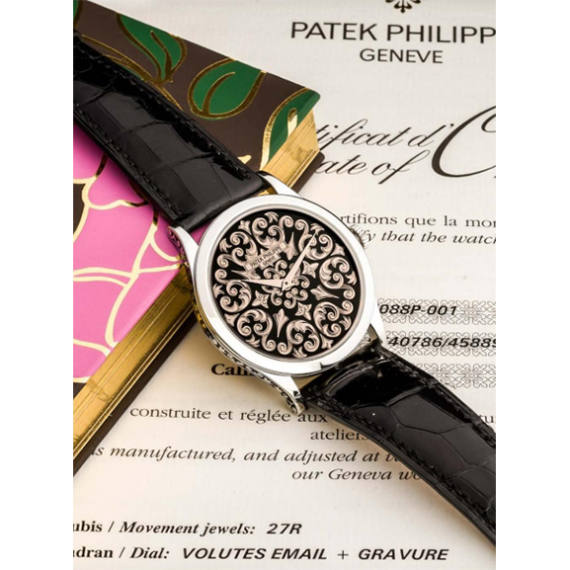 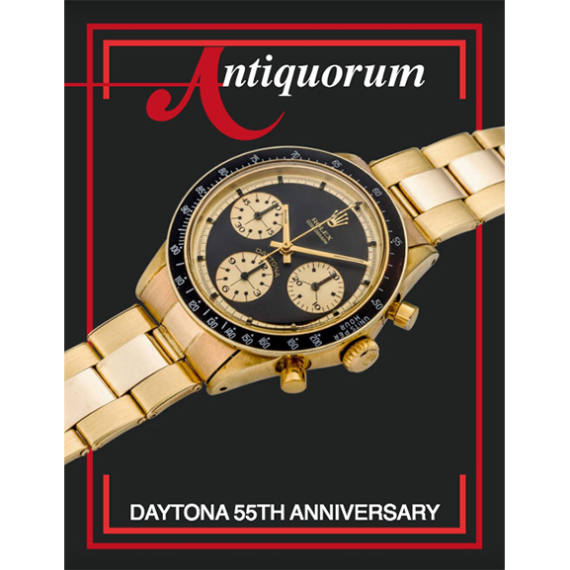 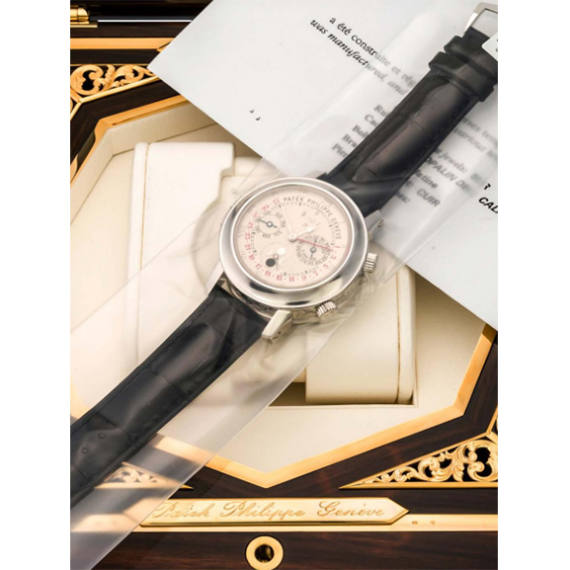