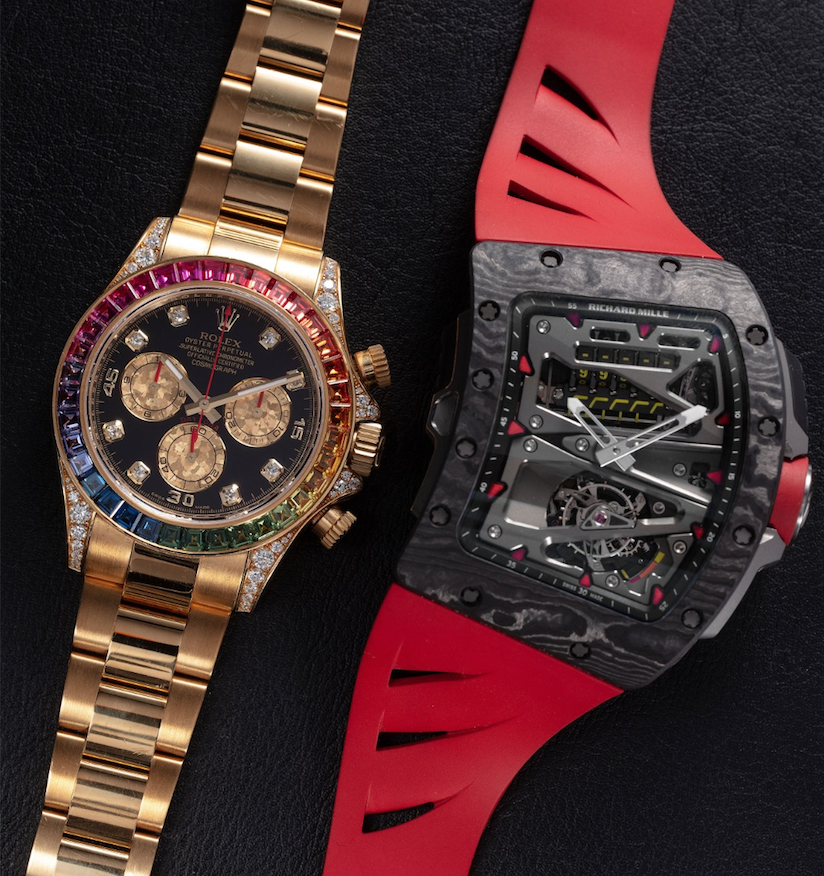 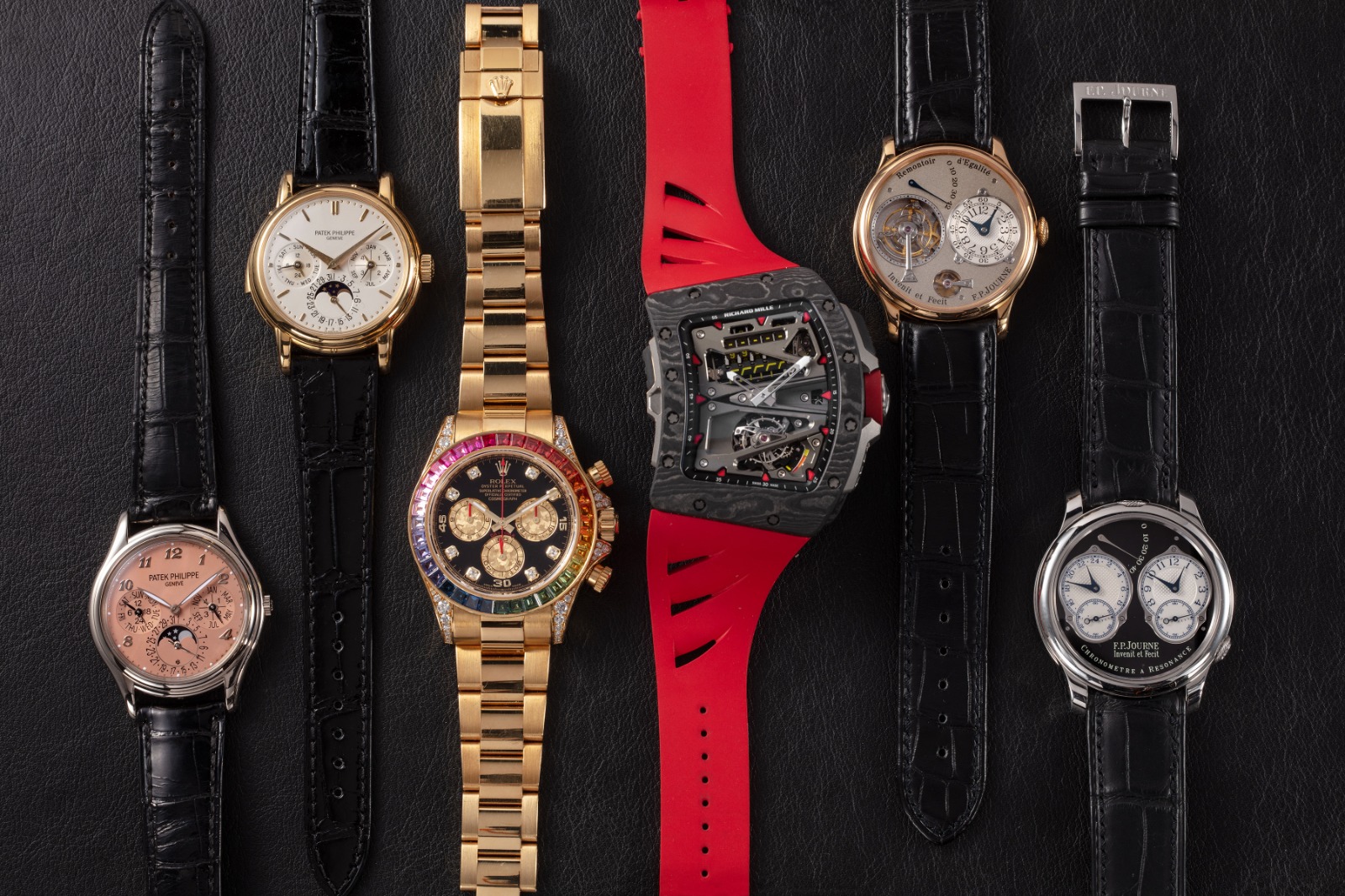 Dubai, 9 February 2022 – Christie’s is delighted to announce its ‘Watches Online: The Dubai Edit’ Spring 2022 auction will be taking place from March 15th to 29th, 2022. A curated selection of more than 150 watches will be on view at Christie’s Dubai during the course of the online sale and the Dubai-based team of watch specialists will be available at the gallery to discuss the watches on offer.

This Dubai sale is the first Christie’s watch auction of 2022 and follows an exceptional year of results for the company. Here are 5 key statistics that encapsulate our 2021 season:

– Bidders and buyers welcomed from 73 countries.

Remy Julia, Head of Watches Christie’s Middle East, India & Africa, shared: “Christie’s Watches Dubai set many new records in 2021, including the highest annual total for watch auctions in the region at US$24.5 million. The Patek Philippe Ref. 5002-P Sky Moon Tourbillon sold for $1,590,000 setting a new record for the most expensive watch in the Middle East as well the most expensive watch ever sold online at Christie’s. The ‘Watches Online: The Dubai Edit’ sale in April 2021 totalled US$14.1 million, the highest result for any online watch sale at Christie’s.

Dubai has earned its place as a key hub for collectors and the place where sellers can be sure of achieving strong prices for exceptional pieces. This spring’s online sale from 15 to 30 March at Christie’s Dubai further cements our position in the market, and we look forward to engaging with the growing community of appreciators of rare, exceptional and always desirable timepieces.”

From classic to modern, from vintage to one-off – 150+ dazzling lots await in Dubai

The Richard Mille RM70-01 Tourbillon Alain Prost is a great example of how the brand pushes the boundaries of watchmaking. Unveiled in 2017, the watch was created in partnership with four-time Formula One champion and cycling enthusiast Alain Prost. The watch brings together a tourbillon movement with an unusual complication – a mechanical odometer that can tally distances up to 99,999 kilometres.

Furthermore, the watch’s asymmetrical shape provides optimum wear comfort and legibility whilst gripping the handlebars. The case is made from Carbon TPT, a material known for its durability and lightness, and now synonymous with the brand. With a limited edition of just 30 pieces, the estimate for this watch is provided upon request only.

This is the most desirable modern Rolex Daytona reference. Set with 36 baguette-cut sapphires in a rainbow gradation around the bezel, framing a black lacquer dial with counters made with gold crystals and a mid-case set with 56 brilliant-cut diamonds. Due to the complexity inherent to their production, these models were made in very limited edition and have an artisanal-like quality, as exemplified by the gem-setting on the bezel. Unsurprisingly, demand for these Rainbow Daytonas has far outstripped supply. (Est. US$300,000-500,000).

Since 2005 F.P. Journe’s timepieces are made of 18k gold movements. Early models made between 2001 and 2004, however, featured movements made from brass. It is estimated that only around 2,000 timepieces were fitted with brass movements. As a result, they are more collectible and significant for an epoch in the watchmaker’s journey.

The Tourbillon Souverain launched F. P. Journe’s illustrious career in 1999. It was the first wristwatch to combine a remontoire d’égalité (a constant-force device ensuring a consistent supply of power from the mainspring to the escapement) with a tourbillon, establishing F. P. Journe’s status as a technical and design genius. (Est. US$400,000-600,000).

Launched in the year 2000, the Chronomètre à Résonance was the second wristwatch developed by F.P. Journe to feature two balance wheels oscillating in resonance with each other, a technical tour de force. The present watch’s exclusivity is further enhanced by it being a Black Label Edition, reserved exclusively for existing F.P. Journe clients only. The Black Label Editions were distinguished by their platinum cases and black lacquer dials. Only 12 Black Label pieces are allotted to the boutiques in any year, with just two pieces for each model in the collection. (Est: US$250,000-450,000). 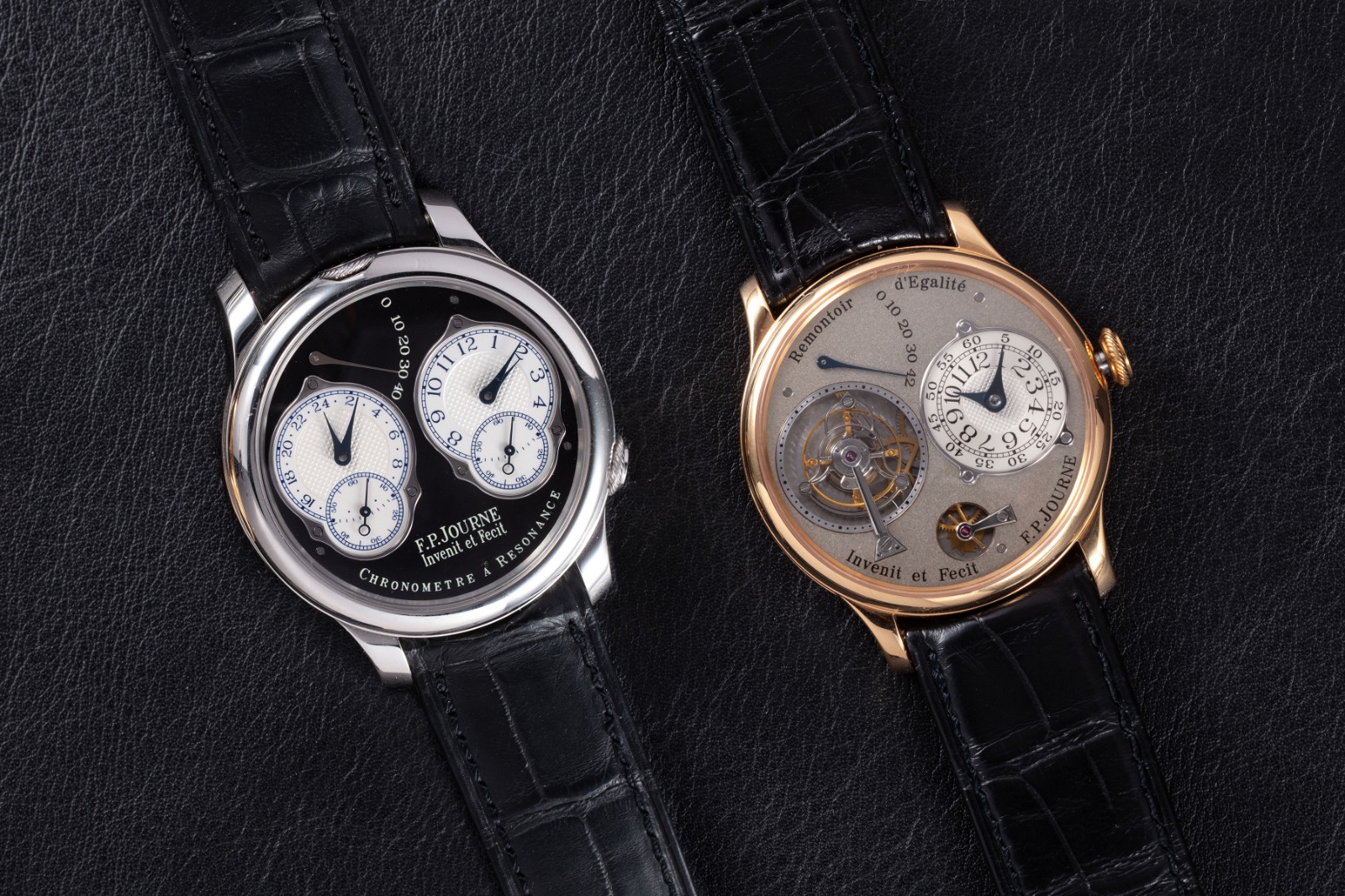 One of the most important watches ever made in series by Patek Philippe, the reference 3974 was launched in 1989 to celebrate the brand’s 150th anniversary. At the time, this was the world’s most complicated wristwatch, combining a minute repeater with a perpetual calendar. Only 160 or so examples of the Ref. 3974 were made, the majority in yellow gold. Early examples of this reference, like the one we are privileged to offer in this sale, were presented with a case made by the legendary Jean-Pierre Hagmann. The watch is powered by an impressive Cal. 27 RQ, a 22K micro-rotor movement with 467 parts. Patek Philippe ceased the production of the Ref. 3974 in 2000, but the reference is now considered a modern classic epitomising the strengths and wonderful acoustics of Patek Philippe minute repeaters. (Est: $350,000-450,000).

Made by special order for Michael S. Ovitz, the former president of the Walt Disney Company, this second series Ref. 3940 perpetual calendar in white gold features an exclusive dial in pink gold with applied Breguet numerals. Ovitz commissioned many custom-made Patek Philippe watches, all bearing his stylised initials, M.S.O. on the dial. Reference 3940 is a considered the quintessential Patek Philippe perpetual calendar and was produced between 1984 and 2007, making it one of the longest production models in the brand’s history. (Est. US$100,000-200,000). 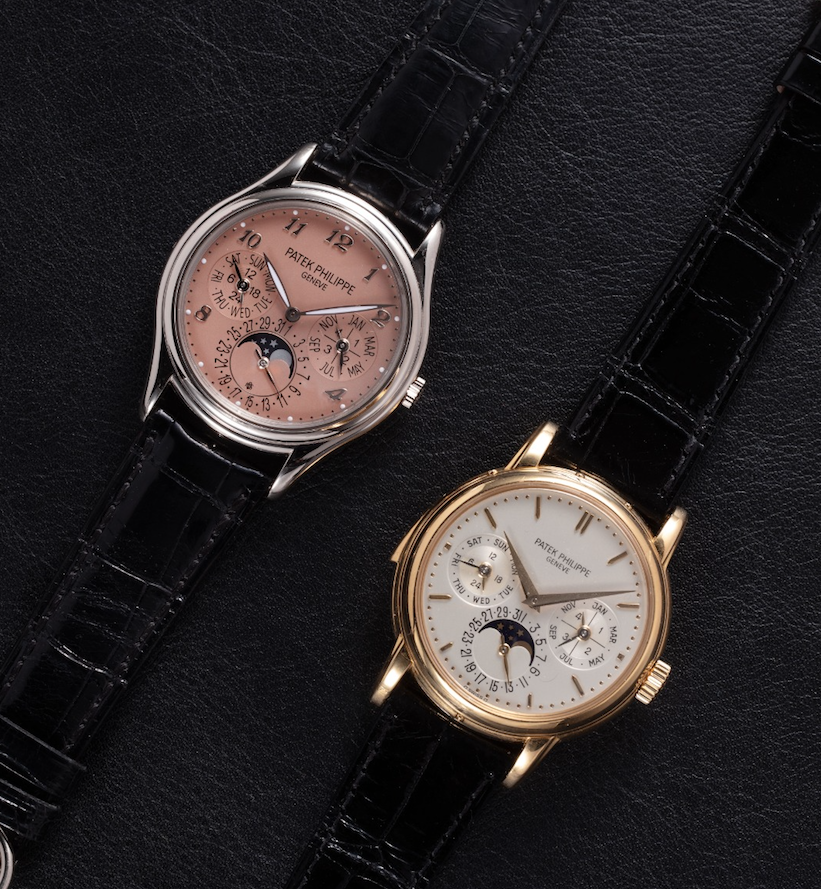